A while back i visited my brother in NY and sampled some of his homemade yogurt. 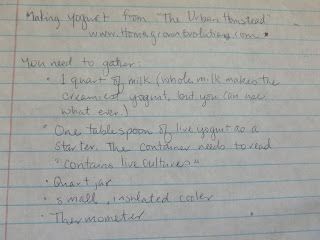 Then he got my mom making it... but this week was my first attempt and i thought i would share it with you.  the recipe i copied down from his book "The Urban Homestead." Though you could find similar ones online.
I used a small heating pad instead of the cooler (which keeps it warm in this case.)  It worked well and was easy to do. And i made a 2quarts of yogurt instead of one.
You heat the yogurt first... to 180.
Don't over boil and stir often.  Then after reaching 180 take off the heat and let cool to 110. :) 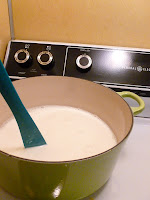 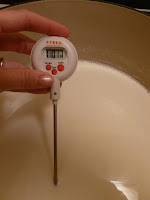 Before you pour into containers stir in the plain yogurt with the live cultures.  then add to glass quart jars. This part was pretty messy for me... but are you really cooking if you aren't making a mess? 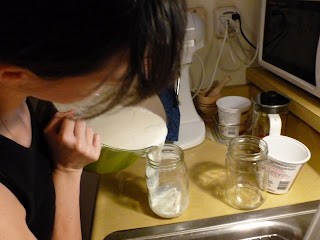 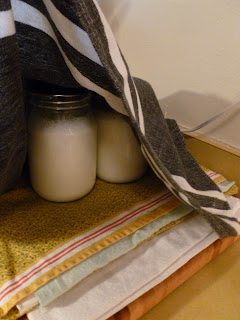 Then nestle your jars on a heating pad that has been turned to medium.  You might want to put it ontop of a cutting board to protect your counters. and wrap the heating pad in a towel.  Cover jars with a towel to create a warm bubble and wait..... 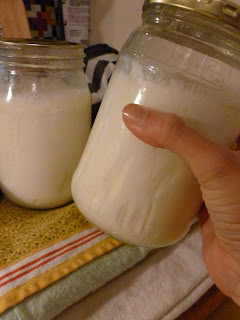